Tokyo (東京, Tōkyō) is Japan's capital and the world's most populous metropolis. It is also one of Japan's 47 prefectures, consisting of 23 central city wards and multiple cities, towns and villages west of the city center. The Izu and Ogasawara Islands are also part of Tokyo.

Today, Tokyo offers a seemingly unlimited choice of shopping, entertainment, culture and dining to its visitors. The city's history can be appreciated in districts such as Asakusa and in many excellent museums, historic temples and gardens. Contrary to common perception, Tokyo also offers a number of attractive green spaces in the city center and within relatively short train rides at its outskirts.

Explore World Heritage sites including Himeiji Castle, Hiroshima Peace Memorial, and the historic villages of Shirakawa-go and Gokayama and more

While all of these sites are striking examples of Japanese history, discover many other sites dotted around the country where you can set foot in Japan’s past.

Aizuwakamatsu in Fukushima Prefecture is known as the land of the samurai. You can visit many sites showcasing samurai culture, including Tsuruga Castle. If you are interested in exploring the home of the quieter yet equally ruthless band of assassins—the ninja—head to the village of Iga Ueno in Mie Prefecture, or the Koka region in Shiga Prefecture.

The southern islands of Okinawa boast a rich history quite different to the mainland. Step foot within the stone walls of the long-lost Ryukyu Kingdom and discover extraordinary artistic, musical and culinary traditions. 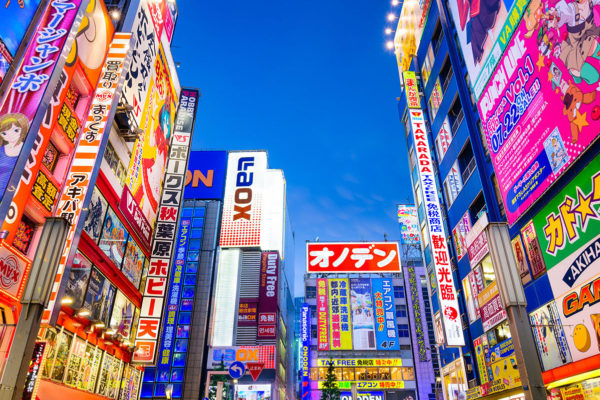 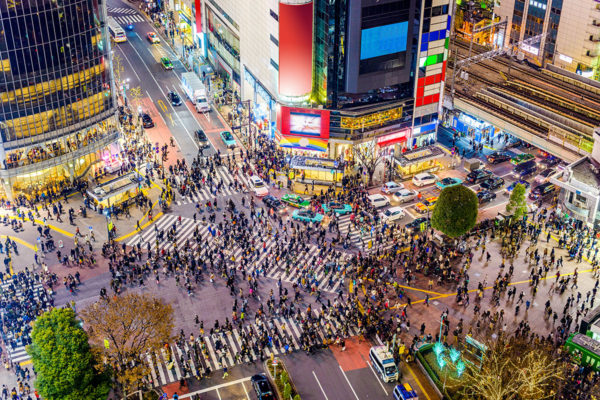 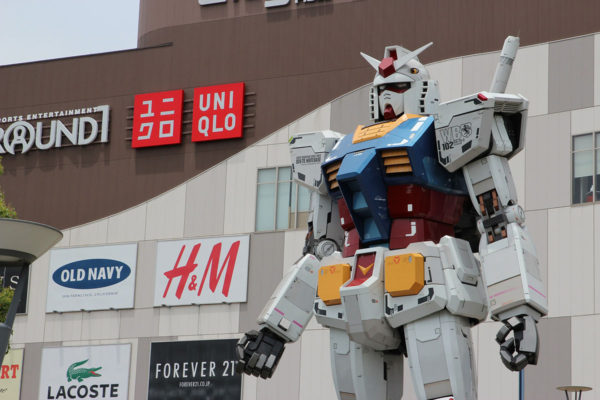 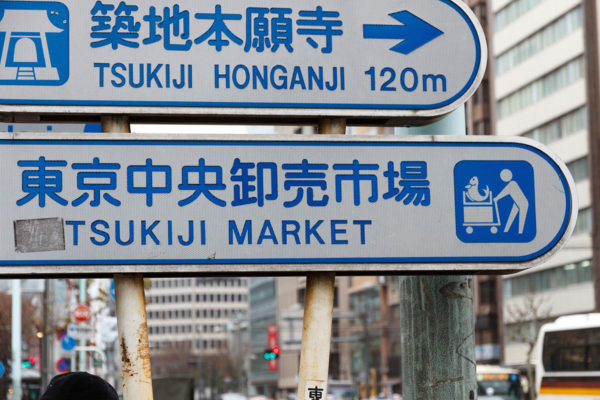 In Japan, eating and drinking is an art form. Pick up a pair of chopsticks and get ready for a culinary journey of discovery featuring everything from sushi and ramen to premium Kobe beef.

From Hokkaido in the north to Kyushu and Okinawa in the south, you can expect to find a highly seasonal menu serving regional specialties and dishes as delicious as they are photogenic. While sushi is arguably Japan’s most famous dish, there are plenty of meat and vegetable alternatives to choose from.

Complement traditional and modern takes on Japanese cuisine with sake from a local brewery, sip on sweet potato shochu in Kagoshima, or for something more familiar, try one of Japan’s highly-acclaimed whiskies, trendy craft gins or micro-brews. Explore, discover, taste and enjoy.

Over the years, washoku, or traditional Japanese cuisine, has gained international recognition for its subtle but diverse flavors, as well as aesthetics. Washoku has such a long, rich history that UNESCO listed it as Intangible Cultural Heritage in 2013.
Washoku’s defining characteristic is seasonality—ingredients are chosen to match and to celebrate the season or occasion. As it is rooted in the concept of ichiju-sansai (one soup, three dishes), a typical meal is a balanced, healthy combination of rice, soup, meat and/or seafood, and vegetables.
Due to globalization and changing times, Japanese cuisine as we know it today has evolved to cover not only washoku, but also yoshoku (Japanese adaptations of foreign food) such as curry and omurice (“omelet rice,” or rice wrapped in an omelet). Even washoku itself now denotes a broad range of food, from the high-end kaiseki (multi-course fine dining), to home cooking, to unpretentiously delicious street food such as takoyaki (octopus balls) and okonomiyaki (a savory Japanese pancake).

You can find restaurants serving iconic Japanese dishes such as sushi, ramen noodles and tempura throughout the city, but certain neighborhoods have reputations as hot spots for particular types of cuisine. For the very freshest fish, try one of the sushi restaurants in Tsukiji, Ginza or anywhere else near the Tsukiji Fish Market.

The bustling business district of Shinjuku is scattered with ramen restaurants. Otakibashi-dori, the street running from the west exit of JR Shinjuku Station toward JR Okubo Station has a particularly large selection and is well-known among ramen fans. Other popular areas include Ikebukuro, Takadanobaba and Tokyo Station for its Ramen Street which extends underground from the Yaesu south exit.

In Tokyo’s more traditional areas like Kanda, Nihonbashi and Asakusa, you can find family-run restaurants that have been in business for multiple generations. These are great places to go for lightly battered tempura delicacies and soba buckwheat noodles. Although making noises while eating is generally considered a bad manner, slurping noodles of soba is considered as a way of enjoying the flavor in japan.

Once you’ve sampled sushi and feasted on ramen, explore some of the other Japanese cuisine options which include udon noodles, yakitori and kushikatsu—skewered items grilled or fried—and fun, cook-at-your-table okonomiyaki (sometimes described as Japanese pizza) and yakiniku barbecue.

With over 200 Michelin-starred restaurants, Tokyo is one of the world’s reigning champions for gourmet fare. And while you can try one of these award-winning eateries, there are an endless number of undiscovered fine dining options—some in the least expected of places. For swanky high-rise dining, the skyscraper districts of Otemachi and Marunouchi around Tokyo Station have plenty of options.

While food from all corners of Japan—and the world—can be found in Tokyo, the city has its own local specialties hard to find anywhere else. These include monjayaki, fukugawa-meshi, dojo-nabe and chanko-nabe.

Monjayaki can be considered a kind of comfort food somewhat similar to okonomiyaki. Like okonomiyaki, it is a multi-ingredient flour-based batter cooked on a hot plate, but it differs considerably in appearance and consistency. Tsukishima is packed full of local restaurants serving both monjayaki and okonomiyaki.

Head to Ryogoku for hot pot chanko-nabe, the food of sumo wrestlers; Fukagawa for the local fukagawa-meshi rice dish topped with a miso-based stew of clams and leek; and Asakusa for dojo-nabe, a freshwater fish dish topped with chopped leeks and spices.

Apart from unique local dishes, Tokyo also has a wide range of one-of-a-kind dinner entertainment venues. Many of these are themed like Alice in Magical Land, an Alice in Wonderland-themed restaurant in Shinjuku, and Ninja Akasaka. Some like Kaguwa involves singing, dancing and theatrical flair.

Follow the suited masses as they clock off work and you will stumble upon drinking districts under train tracks and labyrinth-like alleys, called “yokocho,” lined with hole-in-the-wall bars and eateries and lit with paper lanterns and retro neon signs. The areas around Yurakucho and Ueno stations are popular spots for old-school izakaya under the railway arches. In recent years, trendy new train-track venues have popped up in up-and-coming areas like Nakameguro.

Shinjuku, Shibuya and Ebisu are among the top areas for exploring yokocho. Some of the best are Golden-Gai, Omoide Yokocho, Shibuya Nombei Yokocho and Ebisu Yokocho. The atmosphere is generally very laid-back and friendly and the alleys are a fun way to experience Tokyo drinking culture together with locals. To really fit in, try sake, a distilled spirit called “shochu” or a fruity mixed drink called “chuhai.”

From specialist mixology bars and sky-view cocktail lounges to taprooms, standing bars and night clubs, you can stay entertained until the very earliest hours of the morning in much of downtown Tokyo. The hottest nightlife areas include Roppongi, Shinjuku and Shibuya. Among them, Roppongi has the most international scene and is particularly popular with expats and overseas visitors; Shibuya is hip and trendy with a slightly more underground scene; and Shinjuku, home to Tokyo’s gay district Nichome, has a little bit of everything.

Tourist visa: Not required for stays of up to 90 days

Uniformly 100 volts AC. There are two kinds of frequencies in use—50 Hertz in eastern Japan and 60 Hertz in western Japan (including Nagoya, Kyoto and Osaka).

Weather through the seasons

Every season in Japan has its charms, brought by the seasonal changes in temperature and weather. Read below to learn what distinguishes each season from the rest in Japan.

What to expect from Tokyo’s seasons

A welcome break from the winter cold, spring is celebrated throughout the country with the arrival of the cherry blossoms. Starting in the south and gradually moving north, the blossoms bloom between March and May depending on your location. Cool and breezy with generally sunny skies, spring is a comfortable time to get out and explore the cities and countryside. Leading into summer, the rainy season begins in late May and early June.

Summer throughout Japan is stiflingly hot and intensely humid—make sure to keep hydrated. The beaches are packed, firework displays explode above the nation’s rivers, and street festivals are held around every corner. The mountains offer some respite from the major city cauldrons. Be aware that September brings typhoons that can thwart you travel plans.

As the weather cools, the autumn colors light-up the countryside. Starting in the northern island of Hokkaido and traveling south, the dazzling autumn leaves blanket the country between late September and early December. Similar to spring, the fall season is perfect for outdoor exploration and a great time to taste what’s in Japan’s larder.

The ski season begins and the northern areas are covered with Japan’s peerless powder snow. Crisp and cool, the weather remains clear throughout January on the mainland—becoming a little gray and uninspiring in February. Warm up with some hot sake and a bowl of bubbling hot-pot.

Located on the Pacific Ring of Fire, Japan has over 100 active volcanos. Most of them are not a threat to human activity, but it is best to check the latest news and warnings about volcanic activity in the areas where you may be traveling.

In addition, Japan is located on the fault lines of four tectonic plates, making earthquakes a common occurrence. There have been several devastating earthquakes in the last 100 years, including the Great East Japan Earthquake on March 11, 2011. Small earthquakes happen on a daily basis somewhere in Japan, and many of them are barely noticeable. However, before your trip, familiarize yourself with earthquake preparedness and make sure to locate the designated evacuation area for the buildings where you stay.

The Yokohama Port has served as a gateway to the greater Tokyo area and has welcomed countless cruise ships since its opening in 1859 as Japan’s first modern international trading port. Lying as many as 11 nautical miles closer to the Pacific than the Tokyo Port, it allows cruise ships to save on pilot charges and fuel, and passengers can spend a greater amount of time for sightseeing.

As the port is conveniently set in the heart of Yokohama, shopping and tourist destinations are a walk away. Since the Yokohama Port is situated at the center of Tokyo Bay, public transportations offer easy access to Tokyo and farther on to Mt. Fuji and Kamakura, which are ideal day trip destinations.

The state-of-the-art international passenger terminal was reopened in 2002 can accommodate four 30,000-ton-class or two 70,000-ton-class cruise ships at once. 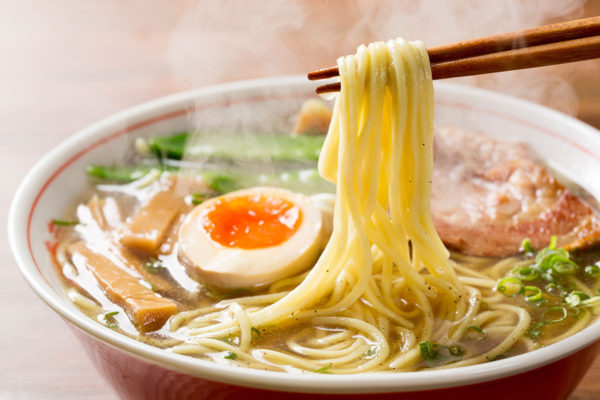 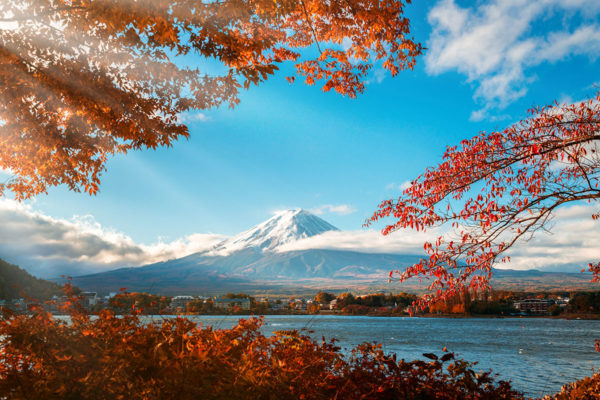 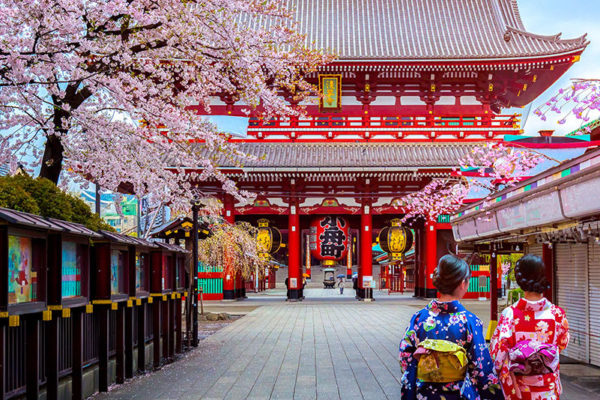 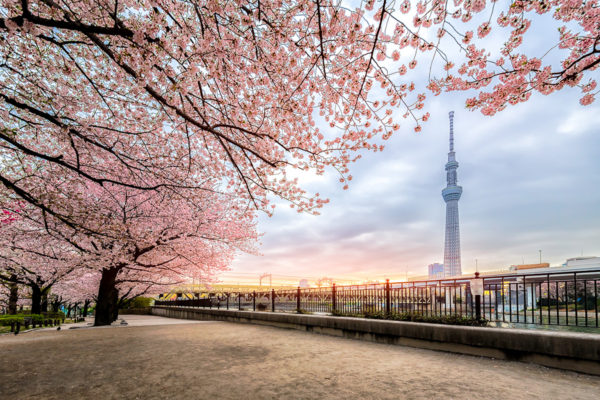