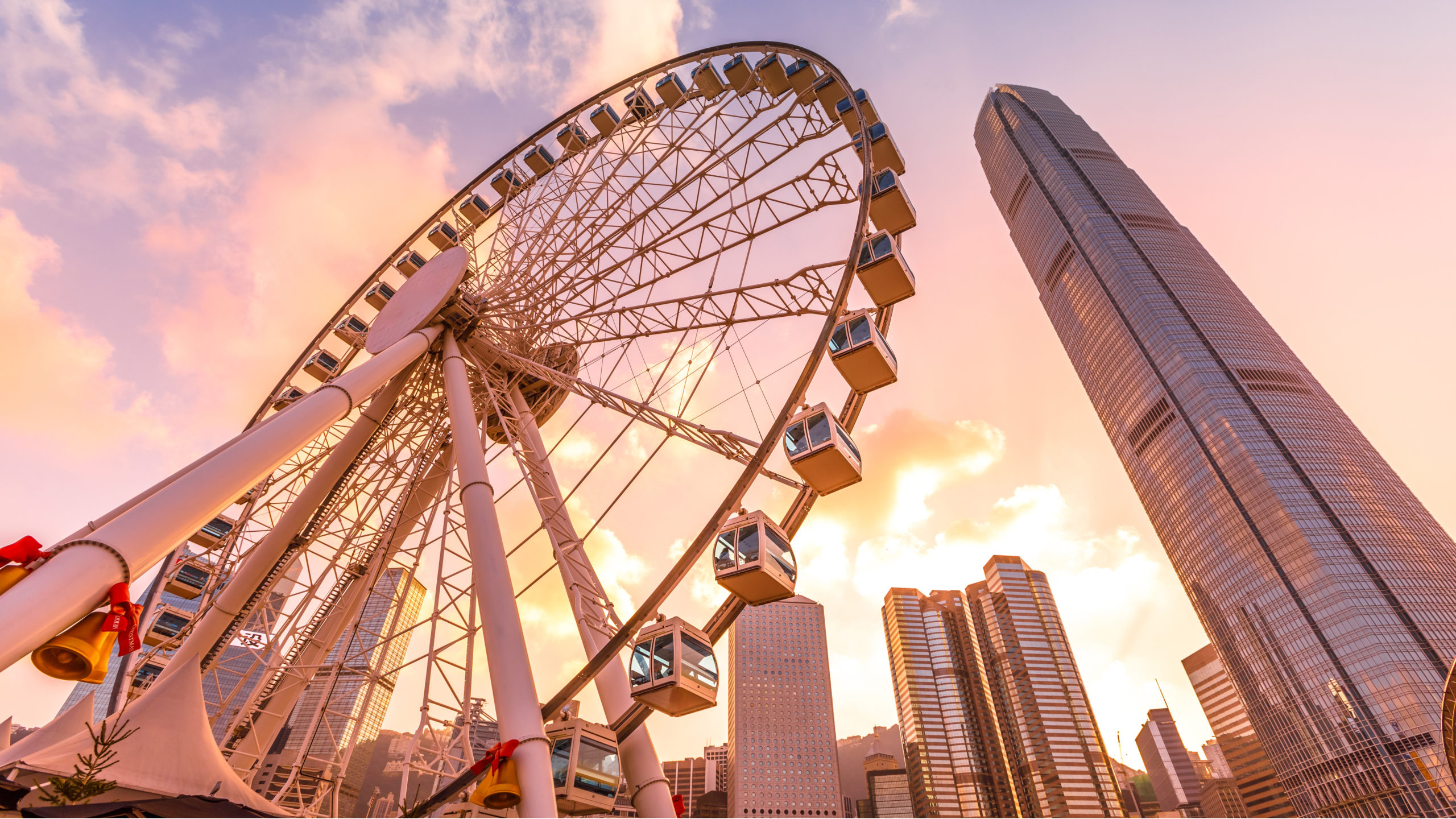 Hong Kong, officially the Hong Kong Special Administrative Region of the People's Republic of China (HKSAR), is a special administrative region on the eastern side of the Pearl River estuary in southern China. With over 7.4 million people of various nationalities in a 1,104-square-kilometre (426 sq mi) territory, Hong Kong is one of the most densely populated places in the world.

Hong Kong became a colony of the British Empire after Qing China ceded Hong Kong Island at the end of the First Opium War in 1842. The colony expanded to the Kowloon Peninsula in 1860 after the Second Opium War, and was further extended when Britain obtained a 99-year lease of the New Territories in 1898. The territory was returned to China in 1997. As a special administrative region, Hong Kong maintains separate governing and economic systems from that of mainland China under the principle of “one country, two systems”.

Originally a sparsely populated area of farming and fishing villages, the territory has become one of the world’s most significant financial centres and commercial ports. It is the world’s tenth-largest exporter and ninth-largest importer, and its legal tender (the Hong Kong dollar) is the world’s 9th-most traded currency (as of 2019). Hong Kong hosts the largest concentration of ultra high-net-worth individuals of any city in the world. Although the city has one of the highest per capita incomes in the world, there is severe income inequality.

Hong Kong is a highly developed territory and ranks seventh on the UN Human Development Index. The city has the largest number of skyscrapers of any city in the world and its residents have some of the longest life expectancies in the world. Over 90% of its population uses public transportation. Air pollution has resulted in a high level of atmospheric particulates in the city. 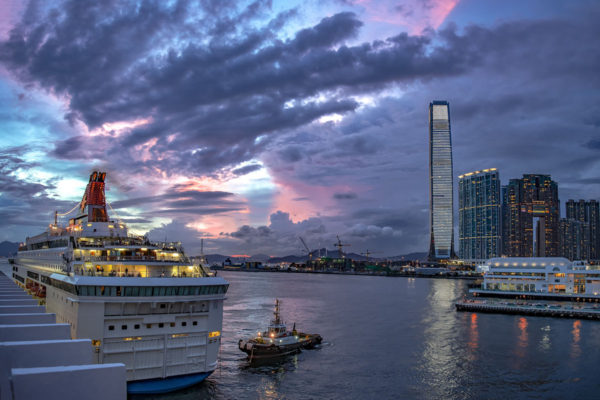 From eating seafood at a waterfront fish market to sharing a rustic ‘big bowl feast’ with friends, the best way to get into the true food culture of Hong Kong is to try the unique food experiences it offers.

Dai pai dong are open-air street stalls that serve cooked food. The name literally means ‘restaurant with a big license plate’, referring to the large size of the licenses they were issued in the past. Today, the term is applied to all open-air food stalls, and not just the ones with this specific license.

Dai pai dong will serve just about any snack or food but they are best known for stir fries. Although stir fries are a humble home dish, they are quite difficult to pull off. To make a good stir fry, the chef has to have excellent cutting skills and ensure there is sufficient heat, precise seasoning, quick thickening and plenty of ‘wok hei’ (the subtle combination of aroma and taste that a well-used wok imparts to food). Dai pai dong also commonly serve the unique cuisine of Chiu Chow people, which includes fried oyster omelette, braised dishes and chilled crab and fish.

Eating at a dai pai dong is also a truly Hong Kong dining experience as you will probably end up sharing a table with strangers during busy hours, can cross order from different vendors and get a front-row view of the local street life.

Dai pai dong can be found almost anywhere in the city. Side streets and lanes are the most likely place to spot them. You can find ones that are decades old near the Central–Mid-Levels Escalator in Central on Hong Kong Island and in the neighbourhood of Sham Shui Po in Kowloon.

Hong Kong-style diners, or cha chaan teng, are a unique result of city’s modern history. After the Second World War, Western food became increasingly popular in Hong Kong. Nonetheless, it remained beyond the financial reach of many people. Local diners started offering dishes with Western influences and, more important, reasonable prices and the trend took off.

Hong Kong’s dining scene has since changed dramatically but the Hong Kong-style diners continue to serve their hybrid creations to a captivated audience. Part of the reason for their success is they meet the local relentless demand for convenience and flexibility. Wherever you are in the city, there is usually a cha chaan teng within walking distance. Moreover, most stay open into the wee hours, while many operate around the clock. And they serve a variety of food to suit most hankerings, from stir fries to pineapple buns, Chinese barbecue to the local fusion style known as Soy Sauce Western.

As a result, the cha chaan teng attracts a diverse crowd, and it is not unusual to see brickies sitting across from business executives, and school kids alongside pensioners. Quite a number of cha chaan teng have English menus, making this institution of Hong Kong dining culture totally accessible to foreign visitors. Drop in, grab a booth and enjoy the food and the people watching!

Tourist visa: Not required for stays of up to 90 days

Hong Kong has a sub-tropical climate with distinct seasons. The only predictable weather events that could have a significant impact on your travel plans are typhoons.

Typhoon season begins in May and ends in November. When a typhoon is approaching, warnings are broadcast on television and radio. There are various degrees of warning signals issued by the Hong Kong Observatory, but when the no. 8 signal is in place, most businesses and shops close down and flights may be cancelled. There is a separate warning system for heavy rain.

You can find detailed weather updates for tourist attractions on the Hong Kong Weather Information for Tourists website. While you’re in Hong Kong, you can also dial 1878 200 and press ‘3’ for English to check the latest situation.

What to expect from Hong Kong’s seasons

Spring (March to May)

Temperature and humidity are rising. Evenings can be cool.

Hot, humid and sunny, with occasional showers and thunderstorms. The temperature can exceed 31°C but high humidity levels can make it feel even hotter.

There are pleasant breezes, plenty of sunshine and comfortable temperatures. Many people regard these as the best months of the year to visit Hong Kong.

Cool, dry and cloudy, with occasional cold fronts. The temperature can drop below 10°C in urban areas.

Located at the former Kai Tak Airport runway, the Kai Tak Cruise Terminal is one of the world’s foremost cruise facilities. Designed by Foster + Partners, the three-storey building features light-filled passenger and service areas, efficient passenger circulation between drops-offs, jaw-dropping views of Victoria Harbour and an impressive slew of amenities. The terminal accommodates two mega cruise ships of up to 220,000 tonnes.

Above the terminal, you’ll find the largest rooftop garden in Hong Kong. Covering an area of 23,000 square metres, the Kai Tak Cruise Terminal Park features a central lawn, a water garden, a fountain plaza and a viewing platform from which to take in the incredible views of both Hong Kong Island and the Kowloon Peninsula. Nearby attractions include the sublimely elegant Chi Lin Nunnery and Nan Lian Garden, the Kowloon City food district and the famed Lei Yue Mun seafood bazaar.

Cruise vessel that can berth at the Terminal 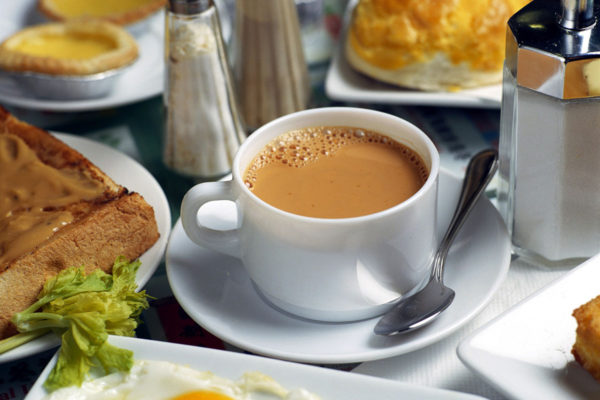